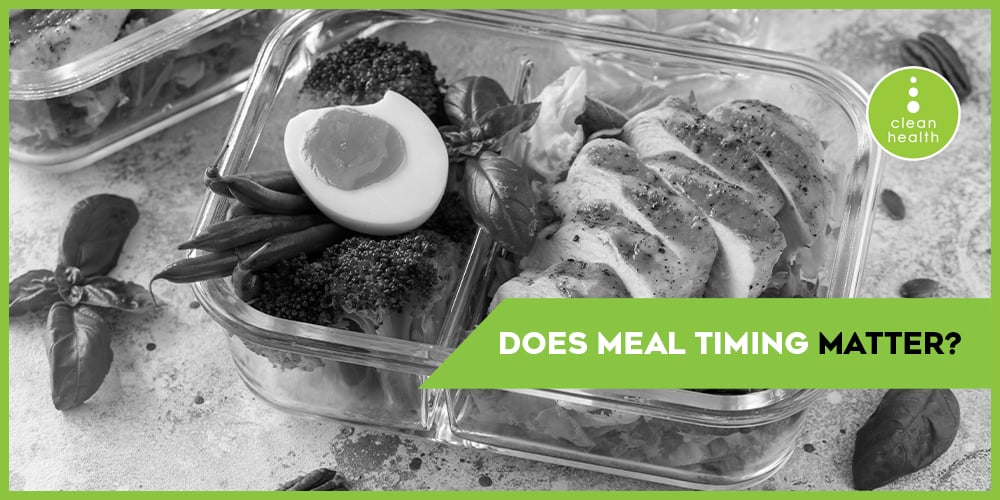 While it is true that the majority of individuals (I would say about 70% of the population) will respond best to a moderate carbohydrate diet, the meal timing of those carbohydrates and their daily calories can make a difference for some people.

The literature is split fairly evenly with some studies showing a benefit to meal timing more calories and carbohydrates earlier in the day, other studies showing a benefit to consuming more calories and carbohydrates later in the day, and a third group showing no difference. Basically, this tells us is that everyone is different.

For a while this was something that really puzzled me because there was no real way of knowing if someone would respond best to having more carbs earlier or later in the day without some trial and error. However, more recent research has provided some insight into why some people might respond better to having more carbohydrates at certain times of the day.

Apart from regulating the sleep-wake cycle, melatonin has been shown to impair glucose tolerance in about 50% of the population (1). In susceptible individuals, eating the bulk of calories later in the day when melatonin is elevated, has been shown to increase the risk of obesity, dyslipidemia, hyperglycemia, inflammation, and metabolic syndrome (1-3).

That is why early birds or early chronotypes will most likely do better on a carb front loading diet or early time restricted feeding, where the majority of carbohydrates and daily calories are consumed earlier in the day (before 1pm) and the meal timing for the last meal of the day is before 7pm.

However, this feeding pattern is not suitable for everyone, particularly night owls or evening chronotypes, because in these individuals, elevated melatonin levels may persist for longer in the morning, which increases the metabolic risk, due to decreased glucose tolerance (1).

These individuals may respond best to carb backloading or late time restricted feeding as it is more aligned with their circadian timing. Several studies have reported a modest improvement in fat loss when consuming the daily calories later in the day, even when consuming the same total calories (8,9). The researchers speculated that the change in body composition could be influenced by the effect that eating patterns have on metabolic activity.

However, in other studies, subjects who consumed their daily calories in the evening exhibited elevated fasting glucose levels, and impaired morning glucose tolerance which was associated with a delayed insulin response (10). Therefore, just like with early time restricted feeding, this feeding pattern is not appropriate for everyone.

The good news is that we are now starting to understand more about why some people respond best to eating the bulk of their calories earlier in the day while others do not. And even better, you don’t need any expensive or complicated testing to find out. Everyone already knows if they are an early bird, a night owl, or neither-type.