How Neurotransmitters Affect Your Results

What Neurotransmitters do to our bodies:

By optimising neurotransmitter levels in the brain we can achieve peak performance by being more focused and alert, experience more joy and happiness in life, and wind down when we need to so that we can rest and rejuvenate.

Having the wrong amounts of neurotransmitters, either too much or too little, at the wrong times, can either make us feel anxious, tired, wired, irritable, and angry, or depressed, tired, unmotivated, and unable to focus.

Let’s take a look at the Dopamine pathway as an example, which is one of our primary excitatory neurotransmitters involved motivation, pleasure, and reward-seeking. 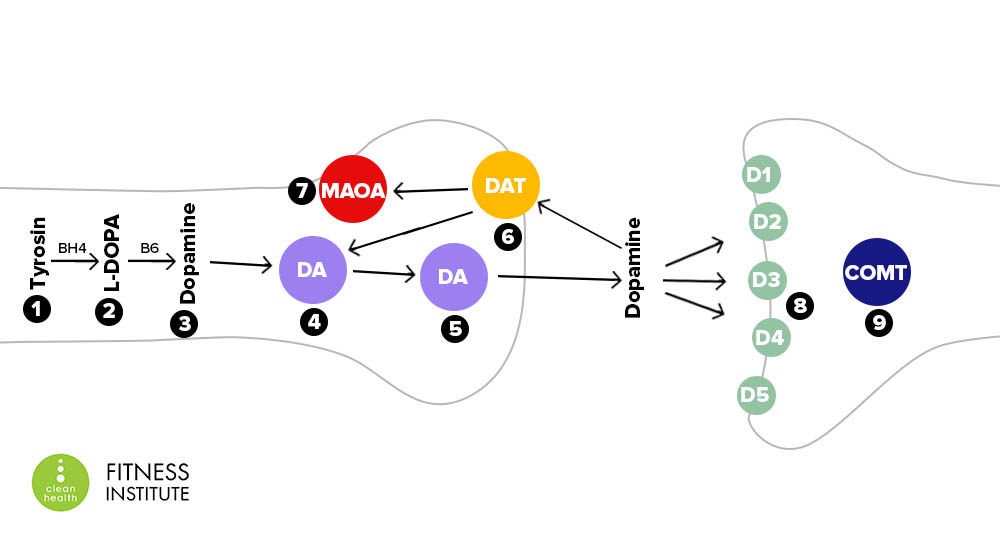 Figure 1 – Steps involved in the synthesis and breakdown of dopamine.

Steps involved in the synthesis & breakdown of Dopamine:

In fact, reuptake and breakdown usually dominate neurotransmitter activity because that affects how long neurotransmitter levels remain elevated. That’s why pharmaceutical drugs aimed at treating depression and ADD/ADHD such as MAO inhibitors, SSRIs and NDRIs target primarily those pathways.

That’s not to say the amount of neurotransmitter released into the synapse is not important. We still need the raw materials and co-factors from our diet to make our neurotransmitters, but that’s not the dominant factor.

What primarily determines if we have low or excess neurotransmitter activity is the genetic expression of transporter proteins and/or speed of our degradation enzymes because that determines how quickly the neurotransmitters are cleared and broken down.

Both the MAO-A and COMT enzymes can be either fast or slow depending on your genetic SNPs (Single Nucleotide Polymorphism). That means genetically each person will differ in how quickly they clear these chemicals from their brain.

That’s a big reason why we all have different personality traits. Some people who are slower in clearing the catecholamines i.e. dopamine, noradrenaline, and adrenaline will naturally be more driven, motivated and alert. We call these individuals high catecholamine phenotypes.

But they will also be more prone to worrying, anxiety, insomnia, and burn out. Burn out is largely related to the receptors downregulating because they have been oversaturated. Sometimes it can also be due to depletion of a neurotransmitter or its cofactors but that is less common.

On the other hand, we have those individuals that clear their catecholamines very quickly. We call these the low catecholamine phenotypes. These people are naturally more laid back and chilled, but they are also more prone to depression and apathy.

Both phenotypes have their advantages and disadvantages. The reason we call them phenotypes and not genotypes is because these traits are also heavily influenced by the environment. For example mindset, nutrition, training, and lifestyle all play all major role here.

Neurotransmitters affect our bodies, minds and therefore results, in more ways than we can imagine. Learn how to control and assist your client’s neurotransmitters through training and nutrition with the Clean Health Fitness Institute Performance Nutrition course, which is now online! Enrol now during our pre-sale and SAVE $100!