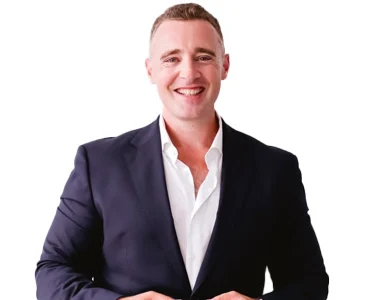 Daine McDonald started his career as a personal trainer with formal qualifications in Exercise Science and Nutrition and founded Clean Health in 2008.

For almost two decades, he has travelled around the globe learning from the best in fitness and personal development, such Dr’s Joe Dispenza, John Demartini and Bob Rakowski, Tony Robbins and many more.

From the mid-2000s onwards, he mentored extensively under the late Charles Poliquin, the legendary Strength Coach and modern-day fitness industry pioneer, who was his most significant mentor within the fitness industry,

As a PT, Daine has facilitated over 20,000 PT sessions, mainly with the general population and corporate clients out of commercial gyms. As a Strength Coach, he’s coached over 50 elite-level athletes ranging from Olympic medallists to nationally ranked powerlifters, winter sports, and world champion physique athletes.

In 2012, he opened his first high-performance gym, and by the end of 2015, he had 3 locations and over 50 staff operating across them and between 2012-2020, Clean Health gyms facilitated 250,000+ personal training sessions and developed an international reputation for epic client transformations.

After numerous training requests worldwide for education, he took Clean Health’s live events international in 2014 and since then, we’ve educated over 60,000 personal trainers worldwide online and in person.

As an educator, he is regarded as an internationally renowned expert, having either commissioned or created many of the Clean Health education programs initially.

In 2017, Daine retired from training clients to focus exclusively on business growth as the CEO of Clean Health and, today, resides on the Central Coast, Australia, with his seven kids and beautiful wife, Lauren.