MY ACCOUNT
1 ITEMS - $497.00
View cart “Performance Nutrition Coach Level 1” has been added to your cart.

You will learn the following

Play Video
Play Video
Play Video
Today I completed my third certification, and in my eyes the most valuable. ⁣ ⁣ I am officially a @cleanhealthfitnessinstitute certified performance nutrition coach. ⁣ ⁣ Nutrition is the 🔑 that unlocks so many areas of transformation. I'm so thrilled to have that key in my arsenal.” 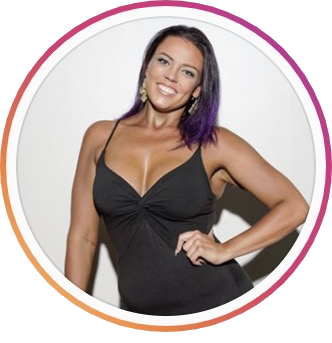 Tay@get.fit.tay.fit
That is why I decided to take the certification as Performance Nutrition Coach Level 1, of the 4 educators available by one of the most Important Fitness organizations worldwide, @cleanhealthfitnessinstitute. 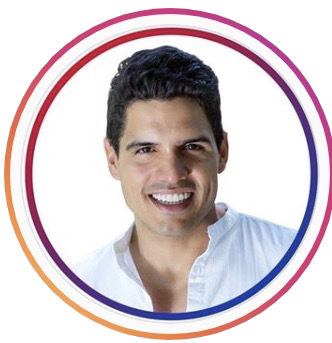 Want to know how we keep our clients compliant and constantly achieving their goals? 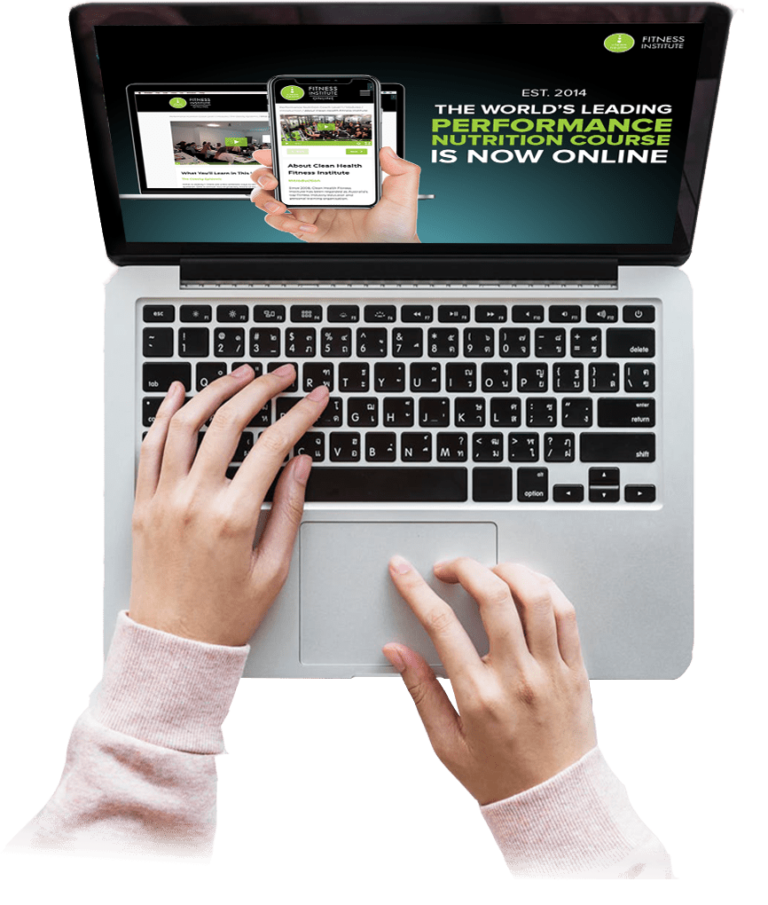 What is obesity? There are two different ways to answer this question. One is clinical. You’ve probably heard of the Body Mass Index, or BMI, as a way to define someone as clinically obese. Body fat measurements are another way to classify people into obese and not obese or simply overweight.

Another way to look at obesity is from a historical perspective. We humans have a long and complicated relationship with the food we eat. That relationship has evolved to what we see today: an obesity epidemic that’s among the leading causes of morbidity in westernised nations today.

In this module, we cover both aspects of obesity. You’ll come away with not only a technical understanding of what obesity is but also a sense for the implications of being obese and how we as a society have reached the state we are in now.

This is an essential foundation for our study of nutrition. If there’s an area where we as coaches can make the most significant impact on society, it’s in applying a deep understanding of nutrition to this epidemic that is harming so many.

Module 2: The Art of Nutrition Coaching

The results you get as a coach fundamentally depend on one thing. What do you think that one thing is? Is it creating an amazing and sustainable nutrition plan? What about understanding the science of macronutrients and what macro split your client should consume? Perhaps the superpower you’re after is being able to customise nutrition to the individual? Well, those are all good things to have in your arsenal as a nutrition coach, but none of them is quite fundamental.

In this module, we will cover the art of nutrition coaching. Over the years, we here at Clean Health Fitness Institute have seen just about every approach imaginable, some good, most bad. We will distill these down to the best tools you should implement in your business, the same tools that we’ve implemented in ours. By the end of this module, you’ll understand how to set your client up for success from the first consultation through their first twelve weeks with you and beyond. Armed with the tools and methods that follow, you’ll start getting results from your clients that other coaches can only dream about.

All food is energy to the body. The basic unit of measuring that energy, if you’re working with the Imperial system, is the calorie, or in the context of food energy, the kilocalorie, written as kcal. You may not have heard much about kilocalories, because in everyday conversation about food energy, kilocalories get abbreviated to only calories. In this course, we’re always talking about food energy when we talk about calories, so if we say “100 calories”, we mean specifically “100 kilocalories”.

If you’re working with the metric system, the joule is the fundamental unit. Again, when it comes to food, we talk about kilojoules, written as KJ. There’s nothing too fancy about these units. They are equivalent to each other with one kcal equalling 4.2kilojoules.

In future lessons on energy balance, we’ll explore the relationship between the energy we consume as food, the energy we expend as exercise, and the energy we store as fat, but before we get there, we first want to talk about the next most important factor when it comes to food; macronutrients.

Macronutrients are the highest level of breakdown between different kinds of energy we take into the body. There are  five basic types: fats, proteins, carbohydrates, fiber and alcohol. We measure macronutrients, or macros as they are often called, in grams, regardless of whether we’re using the Imperial or metric measurement system. Each gram of a particular macronutrient contains a specific amount of energy. A gram of fat has approximately nine calories, a gram of protein or carbohydrate has approximately four calories, a gram of fiber has approximately two calories, and a gram of alcohol has approximately seven calories. That’s right: contrary to popular belief, both fiber and alcohol  indeed have calories. In the United States fiber is still included as part of total carbohydrates on food labels, and is counted as four calories per gram. In most other nations however, fiber is included separately from carbohydrates, and is counted as two calories per gram.  As we’ll discuss in a  later lesson of this module, those calories can be quite significant, and alcohol especially is  particularly insidious when it comes to losing fat. Although it does not contain any calories, water is also technically a macronutrient because it is required in large quantities by the body, and will also be discussed.

The human metabolism is an amazing thing. Human beings are among the most metabolically adaptable creatures on the planet. We’re able to efficiently extract a tremendous amount of energy to power our relatively large bodies and very large brains from incredibly diverse energy sources. Humans can be herbivores, omnivores or even carnivores. We have an unlimited ability to store energy when it’s in abundance and live off of that energy storage for weeks if we have to. We’ve evolved to have the ability to extract nutrition where other animals gave up. For example, we have evolved the ability to process milk sugars and proteins into adulthood, where other mammals stop consuming milk beyond childhood.

Metabolism is an area of continual research and discovery, so we have no hope of comprehensively covering it here. Instead, we will focus on the elements of metabolism that will impact you as a nutrition coach. As it turns out, when you have a firm grasp on the fundamentals of metabolism: energy balance, macronutrients and hydration, you can get amazing results. It doesn’t take a PhD in human biology to be a world-class nutrition coach!

In this module, we will cover those fundamentals. We’ll learn the basics of energy balance and use this understanding as the basis for setting caloric deficits. We’ll then explore how to set macronutrients to optimise the results we get once we’ve set target calories. Be it fat loss or muscle gain, you will learn the methods behind the get world-class nutrition results here at Clean Health Fitness Institute.

So far in this course, you’ve built your understanding of the obesity epidemic that is facing so many of our prospective clients and you’ve learned the art of coaching them back to health. Your prescription thus far has been in manipulating energy balance, the fundamental tool at your disposal when it comes to managing body weight. You’ve learnt what each of the macronutrients does and how to determine amounts for each as your clients progress through their journey. It’s now time to turn our attention to what to do after that initial phase.

The human body is an amazingly adaptive and dynamic system. Almost nothing about the human body stays static for very long. Put your client in a caloric deficit, and while they’ll lose weight initially, their progress will inevitably stall. After all, no one can stay in a caloric deficit forever. The body will simply run out of fuel for life. Evolution has made the human body such that in the face of declining energy input, it will do everything in its power to make due until more energy is available. Thyroid function downregulates. NEAT declines. Energy for training dissipates. Before you know it, what was once a caloric deficit is now our new baseline! As our client gets leaner and leaner, these adaptations come faster and faster, so we need a dynamic approach to setting caloric deficits to ensure we get the medium and long term success we’re after, not just a short term reduction in body fat.

In this module, we cover those strategies. We’ll teach you both the micro- and macro-cycles we employ in our approach to periodisation at Clean Health Fitness Institute. You’ll learn the relative advantages and disadvantages of each and for which clients it makes the most sense to employ them. You’ll also learn how to arrange macronutrients within these micro- and macro-cycles to support health and body composition outcomes. In short, what you’ll learn over the course of this module is how to put the building blocks you’ve learned in the previous modules into the service of your client’s long term goals.

What is covered in this course?

With 5 extensive modules and over 50 lessons packed with informative and current research, you will learn how to provide customised nutritional solutions for your clients.

The Performance Nutrition Certification is among the most advanced nutritional certifications in the world! Whether you’re a health and fitness professional or provide nutritional guidance and advice, you will gain an in-depth understanding into nutritional systems and fundamentals.

Advance your career in health & fitness

Advance your career in health & fitness

The product is added to cart successfully.

The product is not available. Please refresh and try again.

I Want to Train with Coach Leticia!

I want to train with Coach Mark Carroll

Receive 12 BONUS coaching sessions when you sign up for a 12-week transformation package online or in person.

SECURE THIS OFFER NOW! Book a call with our customer experience team NOW!

Save up to $2,00 on our Industry Leaders Program, including 6 qualifications to kickstart your fitness career.

Your education is the gift that keeps on giving! Transform 2020 by changing your career and doing what you love.

This is our biggest saving ever on this program!

Please fill out the form below to find out more information about training with your selected Clean Health Fitness Institute Coach.

Make a career change today and SAVE with this packaged deal!

Download your student information pack to view our course syllabus by filling out this quick and easy form.

Enrol in our Industry Leaders Program which includes 6 qualifications, including your Certificate III & IV in Fitness, to kickstart your fitness career.