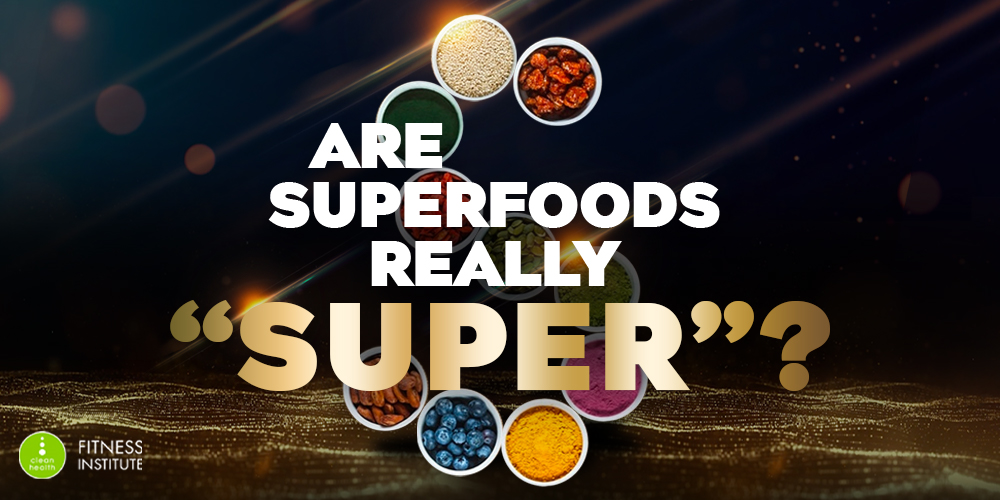 For those seeking to improve their health and overall nutrition quality, the notion of having  superfoods a part of their diet can be quite appealing…

But, what is a superfood to begin with?

Well, there is no official, scientifically-based or regulated definition of a superfood, but generally, a food with a superfood status, offers high levels of desirable nutrients, that is linked to the prevention of a disease, or is believed to offer several simultaneous health benefits beyond its nutritional value. The Oxford English dictionary, for example, describes it as “a nutrient-rich food considered to be especially beneficial for health and well-being”(1). Whereas, the Merriam-Webster dictionary confirms its widespread use and defines it as “a nutrient-dense food, rich in compounds and micronutrients such as antioxidants, vitamins, minerals, phytonutrients, fiber and/or fatty acids, considered beneficial to a person’s health”(2).

Interestingly, while the use of the term superfood isn’t new (actually recorded as far back as the beginning of the 20th century, around World War I, used as part of a food marketing strategy) (3), it is just nowadays when it has gained popularity in mainstream language and likely been encouraged by the rising interest in health and nutrition, particularly in the developed world.

If you said 20 years ago, something about a Superfood, your friends or people around you might have imagined in their head a comic book joke. They might’ve asked if you made up a new name. And more likely than not, they would picture a celery wearing a cape, or something like that.

A simple internet search for the word, superfood, reveals over 250 million results today in 2020— predominantly from health and nutrition blogs, online newspapers and magazines and the supplement industry. Nonetheless, you wouldn’t hear much this term being commonly used by true experts, nutrition researchers and/or dietitians, many of whom dispute that particular foods have an specific magical health benefit claimed by their advocates.

The difference between the past and now, is that information nowadays spreads at viral speed so that a new superfood may even come up trendy on a monthly basis. There is data to suggest that consumers are willing to pay more for foods perceived as healthy, and health claims on labels aim to highlight these. Interestingly, foods already perceived as healthy that also carry a health claim show the greatest sales (4). The essentials are in place: scientific research on a particular food, catchy headlines from the fast-paced popular press, as well as infomercials and marketing campaigns of involved food industries.

Obviously there are some foods more nutritious than others. Some foods contain more antioxidants, compounds and/or micronutrients than others. A paper by Proestos, C. (2018), from the foodandnutritionjournal.org, uses the term “functional foods” to refer to those foods, processed or not, that contain bioactive compounds/ingredients, with specific biological properties that may play an important role in the prevention of degenerative diseases and promotion of health within the human body.

Hence, these functional foods, provided that they fit inside hygiene and balanced nutrition, seem to be suggested as part of a good approach for the reinforcement of preventive strategies with the aim of promoting better health of the population(5). For Proestos, C., then a superfood could be that food high in nutritional value due to a high concentration of nutrients and a greater biological value (bioavailability and bioactivity) within the body due to the variety of bioactive ingredients they contain (5).

Some examples of important bioactive components of these highly nutritious foods highlighted in the paper include:

As mentioned before, the superfood list seems to be growing as the time goes by.
To name a few:

Some of these foods are even uncommon and strange for many people/consumers. And, although, these foods can be quite nutritious, they can be also quite expensive or very exquisite. For some, even the title alone may cause them to think these should be the only foods they should be consuming, leading them to focus on a very few specific foods, blinding them to other equally nutritious options that aren’t as hyped (6).

What should be your stand regarding superfoods if your clients ask you?

You should encourage your clients to focus on a nutritious diet with the inclusion of plenty and various fruit and veggies, not only to gain the benefit of eating a wide array of essential vitamins and minerals, but also to reduce the risk of eating too much (or too little) of a particular nutrient. Encourage your clients to keep their meals interesting and flavorful. If the grocery store doesn’t offer the latest and greatest superfood that’s perfectly fine. Also, if you or your client never consumed the food that has been arbitrarily designated as a superfood again, you would probably be just fine.

Lastly, a superfood should be also considered, not just that one that keeps your client well-nourished and with energy,  but also provides them with joyful memories, pleasure and makes them feel good!So yes, let and encourage your client to explore individual foods and learn how to select, prepare, and enjoy them—but not to be distracted by the latest overhyped food or fad. Instead, teach them to focus on creating a “super plate” full of different healthy and flavorful foods.

Want to learn the science behind the macronutrients, so an in-depth look at your proteins, carbs, fats, water & how they affect the body depending on the client, goal & a variety of other factors? Enrol into the Performance Nutrition Coach Certification Bundle (includes Level 1 & 2!).