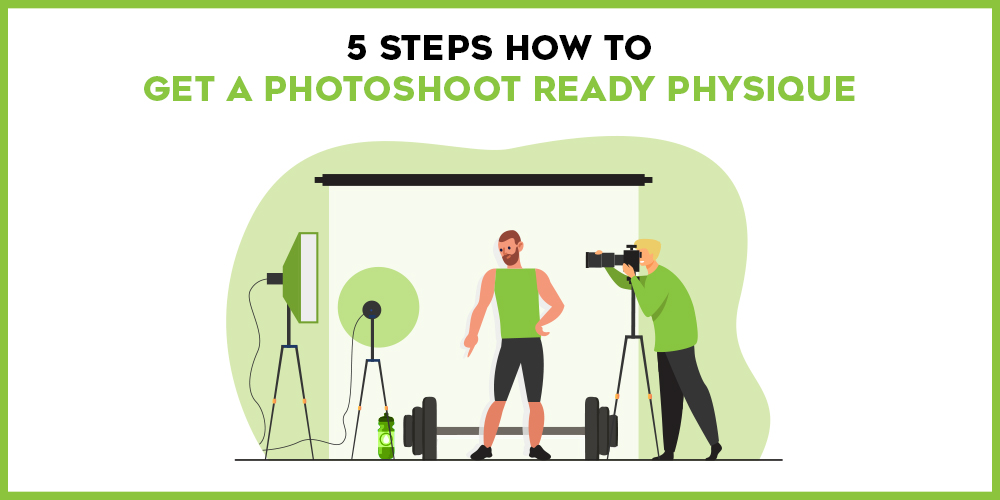 How to Get Photoshoot Ready in 3 Simple Steps

Assuming you have already put in all the hard work, and your body fat at a point where you are ready to step onstage or do a photoshoot, there are a few things you can do in the week prior to make sure you’re photoshoot ready.

Specifically, the main goal of the peak week is to:

Let’s take a look at 3 steps you can follow in order to achieve that goal.

This probably goes against what you have heard as most competitors typically perform a glycogen depletion protocol the week before the show. The reasoning behind that is that it was once believed that glycogen depletion can increase glycogen supercompensation by increasing activity of the glycogen synthase enzyme.

However, glycogen depletion increases the rate not the magnitude of glycogen resynthesis. Once glycogen levels are back to baseline, the enzyme activity returns to normal [1,2].

Therefore, glycogen depletion is not only unnecessary, but it is also counterproductive. By the time you reach peak week you are already depleted, and your cortisol levels are through the roof.

Cortisol impairs glycogen storage and causes you to retain fluid, which makes you look soft and flat. The week before the shoot you want to reduce your training load to allow cortisol levels to drop.

Assuming you have a shoot on Saturday, we recommend a 20-40% volume reduction from Monday to Wednesday and posing only from Thursday onwards. Posing will continue to stimulate glucose uptake by the muscles while allowing oedema to dissipate. This will give you the best odds of being photoshoot ready on the big day.

2. Do a moderate carb-up

So even though glycogen supercompensation may make you look fuller, it will also make you look bloated and smooth. That is not a worthy trade-off.

That is why we only recommend a moderate carb-up of around 4-5g of carbs per kg per day, with caloric intake set at around your predicted maintenance. That will allow you to replenish glycogen stores so that you still look hard and full, without spilling over.

3. Do a Mild Dehydration Protocol (Optional)

If you follow just the first 2 steps you would already look significantly better because you will pull more water and glycogen into your muscles, and you will retain less fluid because your cortisol levels will have a chance to come down.

However, if you want to look that extra 5% better, you can use a mild dehydration protocol to further reduce the fluid within the dermal layer of the skin. Although this fluid doesn’t account for much, even a few millimetres can make a difference, especially at the elite level.

The dehydration protocol we recommend is different than anything else you would have come across.  We actually don’t recommend cutting your water intake because that would result in losing more water from the muscles, which would make you look flat. The muscles are made up of about 75% water [4].

Instead, we recommend cutting out sodium completely in the last 48 hours before the shoot. In addition to that we recommend performing 30-45 mins of posing, moderate intensity cardio, or using the sauna on the Thursday and Friday before the shoot, in order to deplete sodium levels further.

Studies have shown that if fluid but not sodium loses from sweat are replaced following exercise, there is a transfer of water from the extracellular to the intracellular space [5].

However, bear in mind that pulling too much water into the intracellular space can be extremely dangerous since it can lead to swelling of the brain, hence we recommend reducing you water intake slightly just to be safe.

In terms of loading up on sodium for a few days before cutting it, don’t bother. You may or may not have heard that sodium loading increases sodium flushing, hence why competitors often load up on sodium before the cut. While that is true, the half-life of aldosterone is less than 20 minutes, so the flushing effect is quickly lost [6]. Sodium loading is about as useless as glycogen depletion.

And remember, the whole peak week protocol, especially the last step is just the icing on the cake. If you are not lean enough to begin with, you don’t have a chance of truly being photoshoot ready!