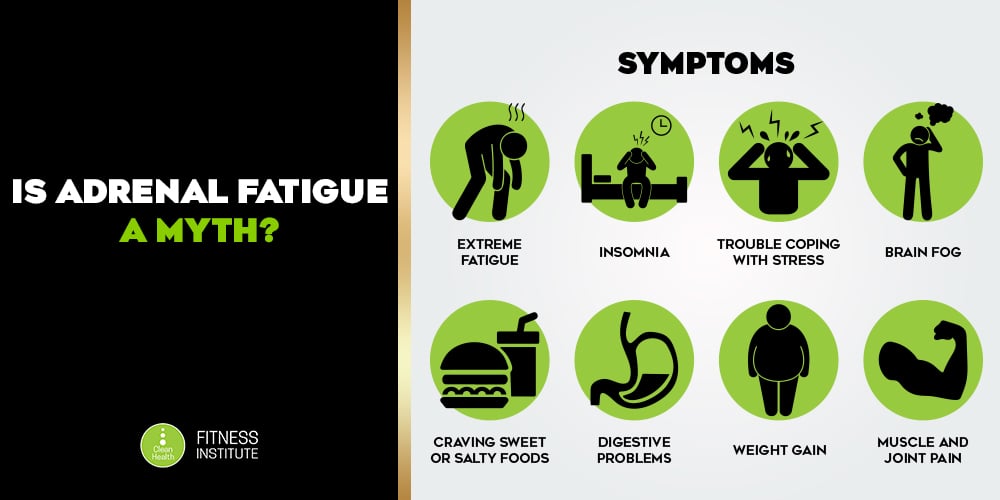 IS ADRENAL FATIGUE A MYTH?

Adrenal fatigue is a common buzzword, but is it real? The term “adrenal fatigue” has been used by some doctors, healthcare providers, and the general media to describe a so-called condition caused by chronic exposure to stress.

According to this theory, chronic stress results in “overuse” of the adrenal glands and eventually leads to depletion of adrenal hormones and impaired adrenal function.

Despite this, adrenal fatigue has not been recognized by the medical community or any Endocrinology society, who claim there is no hard evidence for its existence.

What Is Adrenal Insufficiency?

Adrenal insufficiency is a rare disorder characterized by inadequate production or absence of adrenal hormones.  Adrenal insufficiency may be classified as primary, which refers to the malfunction of the adrenal gland itself, as in Addison disease, or secondary/tertiary, which is due to lack of adrenal stimulation by the pituitary or hypothalamus.

Primary adrenal insufficiency only affects 11 of 100,000 individuals [1]. Clinical symptoms are mainly nonspecific and include:

Is Adrenal Fatigue a Myth?

However, unlike adrenal insufficiency, there is currently no reliable clinical diagnosis for adrenal fatigue.  A recent systematic review reported that that there is no substantiation that “adrenal fatigue” is an actual medical condition, and that adrenal fatigue is still a myth [2].

However, we contend that it’s not that the tests for adrenal fatigue are not sensitive enough, but that they are largely irrelevant because the wrong mechanism has been proposed as the cause of adrenal fatigue.

It is highly possible for cortisol and other adrenal hormones such as noradrenaline to be normal or elevated and for a person to still experience symptoms of adrenal hypofunction.

Chronic sympathetic nervous system activation has been shown to reduce responsiveness of beta-adrenergic receptors due to receptor desensitization [3].

Therefore, even if circulating levels of adrenal hormones are normal or elevated, if the activity at beta-adrenergic receptors is reduced, that will still result in adrenal hypofunction and all the associated symptoms.

This is the same reason type II diabetics have elevated blood sugar levels despite having high insulin levels. Because the cells are not responding to the effects of insulin as a result of insulin resistance. In other words, insulin hypofunction occurs despite high insulin levels, which is exactly what occurs in adrenal fatigue.

Therefore, it is not so much that adrenal fatigue and the associated symptoms do not exist, but more so the diagnostic criterion is incorrect. Studies have reported that beta-adrenergic receptor desensitisation occurs in both prolonged endurance and high intensity resistance training exercise, as well from ingesting stimulants like caffeine [4-6].